During the civil rights era, Reverend Martin Luther King, Jr., made five public appearances in Durham. The most dramatic was on February 16, 1960, as the sit-in movement swept from the Woolworth’s in Greensboro, North Carolina all across the Jim Crow South. 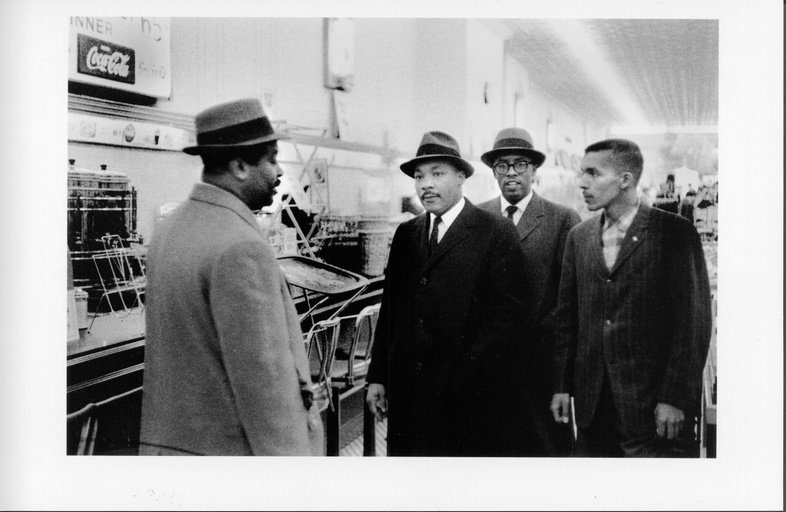 After visiting the Durham Woolworth's, which had closed its lunch counter after demonstrations the previous week, King addressed a standing-room-only crowd, estimated at 1,200 people, at White Rock Baptist Church. "Let us not fear going to jail if the officials threaten to arrest us for standing up for our rights," King said. "Maybe it will take this willingness to stay in jail to arouse the dozing conscience of our nation." Movement participant Fay Bryant Mayo was moved by hearing these important national leaders speak as she shared her reaction:

By then, King was a recognized leader in the drive for desegregation. His first visit to Durham had come when he was just emerging in the movement. It was October 15, 1956, and the Durham Business and Professional Chain—the local black chamber of commerce—had invited the young pastor to speak during its annual "Trade Week." King, who was gaining notice for guiding a boycott of segregated city buses in Montgomery, Alabama, spoke at Hillside High School. "If democracy is to live, segregation must die," he said, and predicted, "Doors will be open to you now that were never open in the past."

After winning the Nobel Peace Prize in 1964, King again visited Durham to address a meeting of the Southern Political Science Association at the Jack Tar Hotel. Later that day, November 13, he spoke at Duke University. The following week he returned to speak before 5,000 people at North Carolina College (now North Carolina Central University). 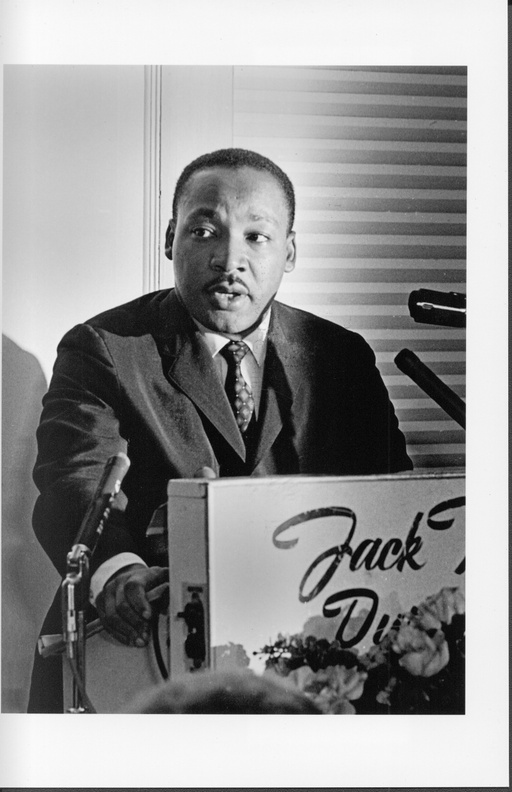 Four years later, King had another date in Durham. However, he cancelled at the last minute, feeling he was needed elsewhere. King was to have been in Durham on April 4, 1968; instead, that day, he was murdered on a motel balcony in Memphis. 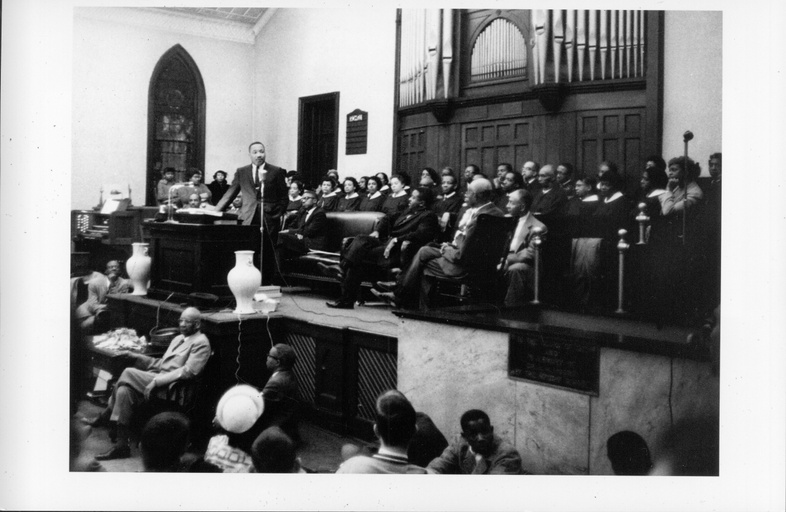 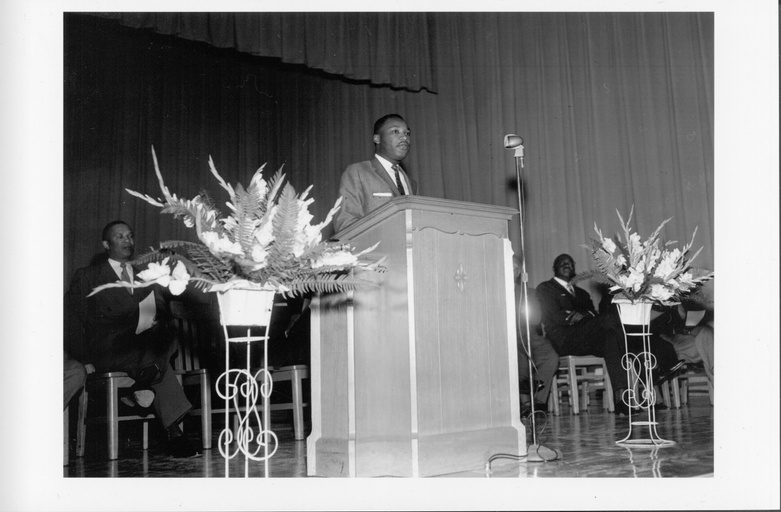 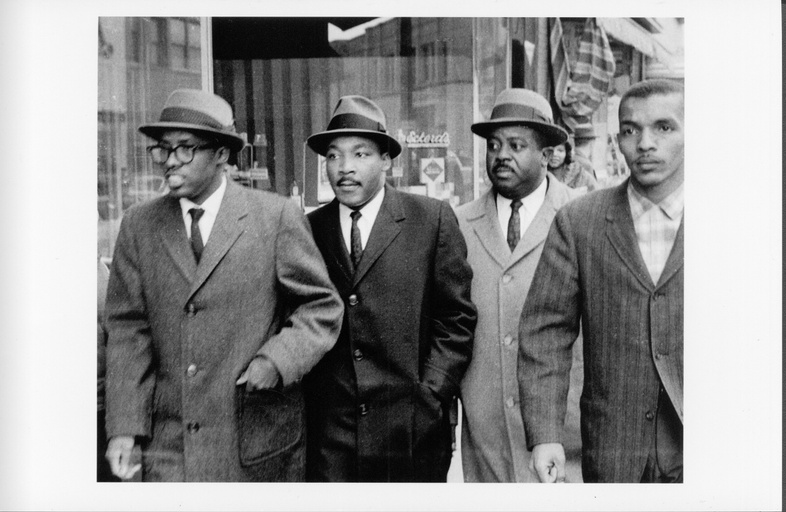