There was music and there were beauty queens in open cars. There were civic leaders, a Scout troop marching, and cars draped in seasonal crepe paper. The air was cool, the sun was shining, and the kids were on pins and needles by the time Santa Claus appeared, tossing fistfuls of candy left and right.

All typical scenery of any town's Christmas parade, except one thing. This Santa Claus was black. For that matter, so was almost everyone in the crowd. 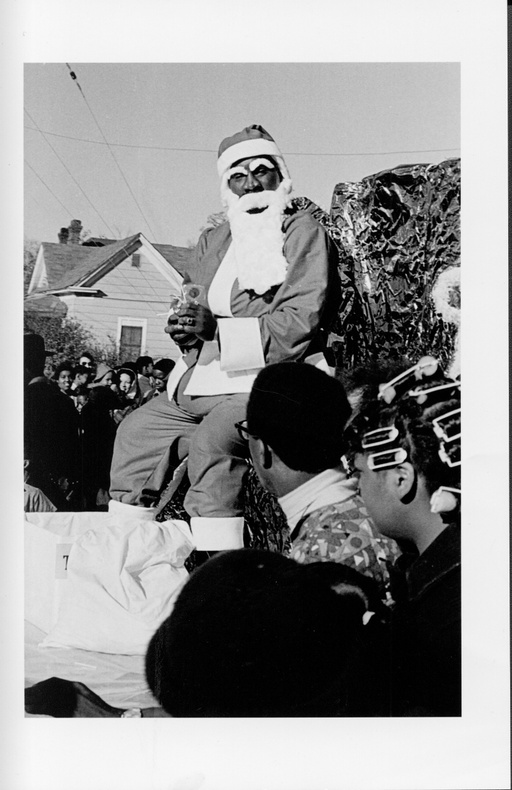 It was November 29, 1968—the day Durham had two Christmas parades at the same time. One, sponsored by the Durham Merchants Association, was on Main Street downtown. The other was on Fayetteville Street, sponsored by the Black Solidarity Committee for Community Improvement.

"Black Christmas" was part of a boycott the committee aimed at Durham's white business establishment. Initiated in July, it would continue more than six months, putting as many as 29 firms on its do-not-patronize list and pressuring the merchants association and chamber of commerce to put their clout behind the committee's demands for changes in welfare, housing, and employment practices in Durham and for more black representation on bodies that made decisions in those fields.

Claiming to represent 13 unions, fraternities, and other civic and business organizations, plus 21 neighborhood councils, the solidarity committee delivered a 15-page memorandum to the chamber and merchants association on July 28, detailing grievances and demands. Before either body could respond, the committee declared a boycott of Northgate Shopping Center.

Over the next month, 14 more businesses went onto the off-limits list of the "Selective Buying Campaign." Negotiations went on through the fall between the solidarity committee, merchants association, and chamber, to no effect. Black Christmas, and a concerted effort to keep black consumers away from downtown stores, became the campaign's climactic moment. 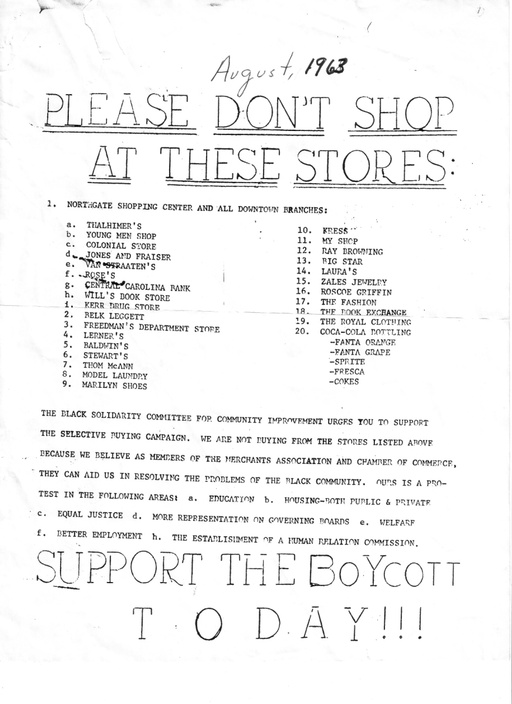 Northgate Shopping Center, and downtown branches of businesses located there, were the first target of the Black Solidarity Committee's boycott in July 1968. By the middle of August, 14 other firms had been added to its do-not-patronize list as the committee sought to pressure the chamber of commerce and Durham Merchants Association to use their influence on behalf of its demands.  Source: Black Solidarity Committee for Community Improvement . Durham Civil Rights Heritage Project Collection (NCC.0040), North Carolina Collection, Durham County Library, NC . Photo ID: mss_0040_112

After the holidays, with the campaign losing some of its pre-Christmas momentum, negotiations resumed and led to the formation of six joint committees to resolve issues that had provoked the boycott. On February 16, the committee declared a "moratorium" that was, for all practical purposes, the campaign's end. 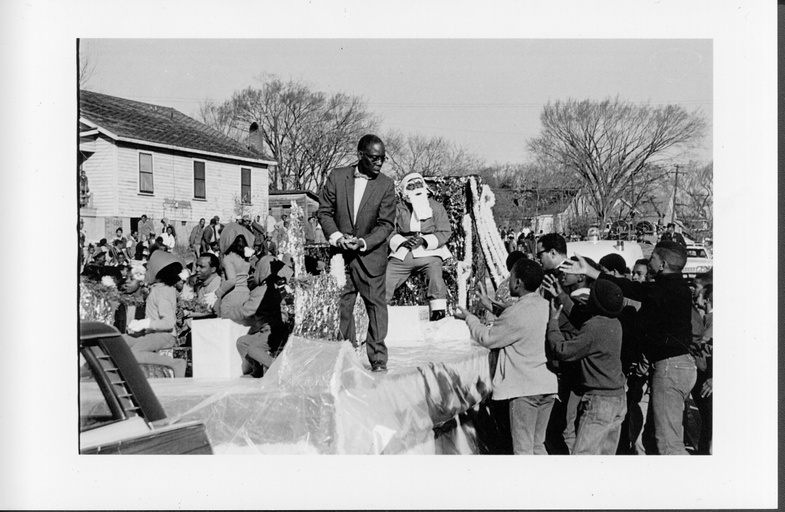 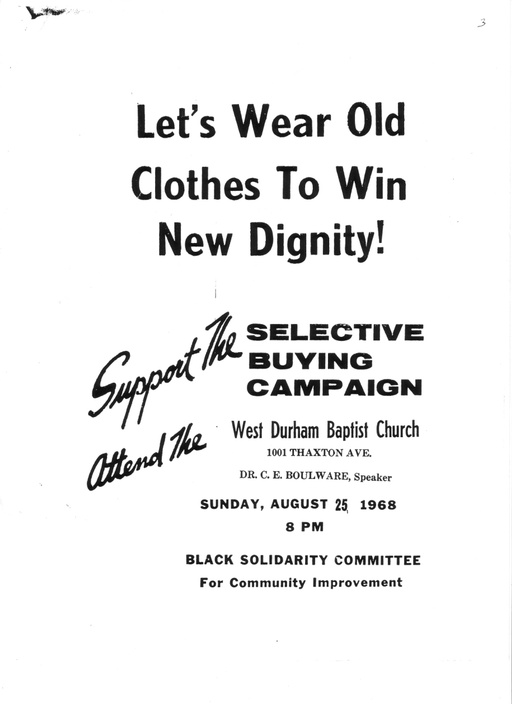