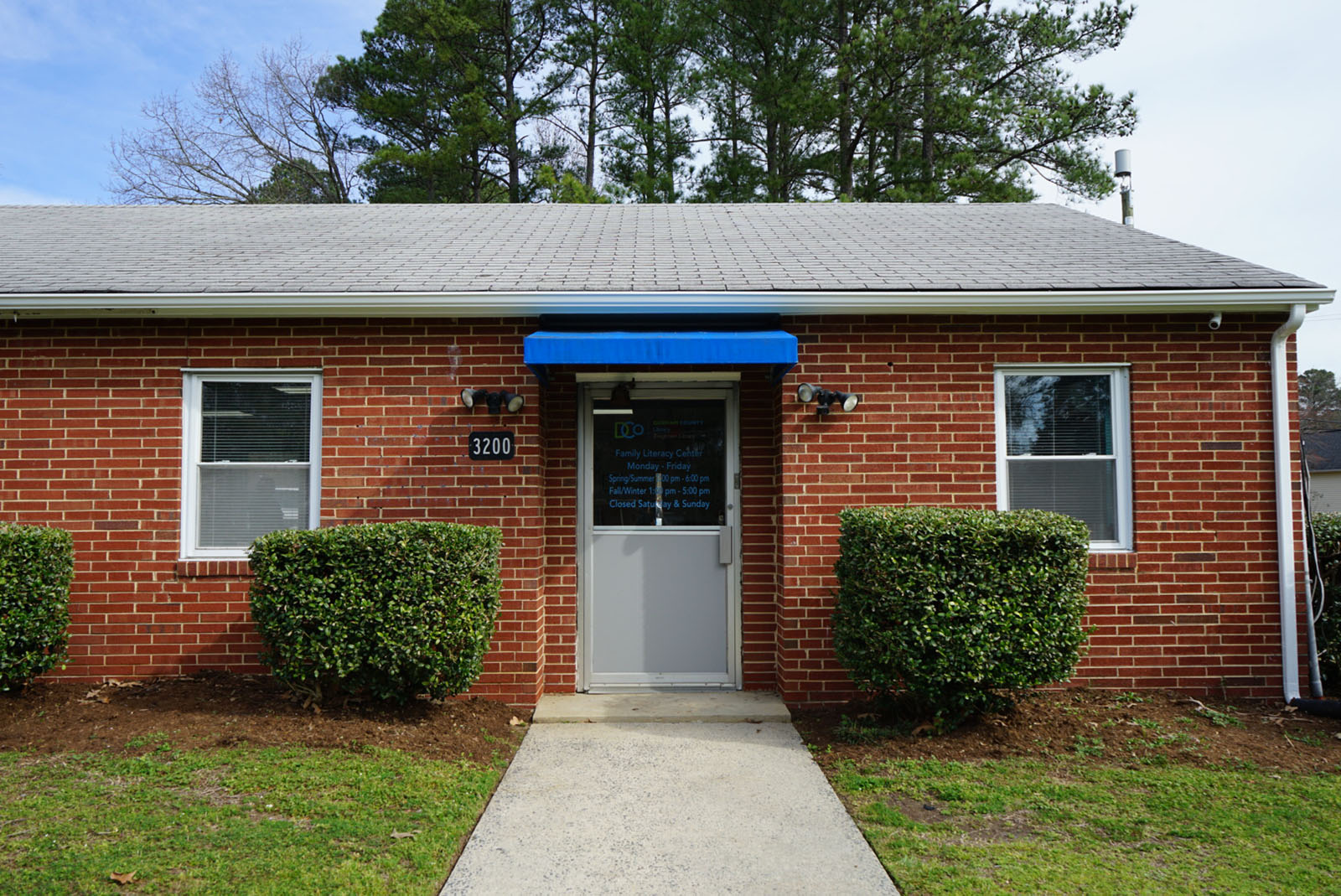 By the main entrance, at the parking lot exit on Ruth Street.

No events found. Check for future events like this > or See all events 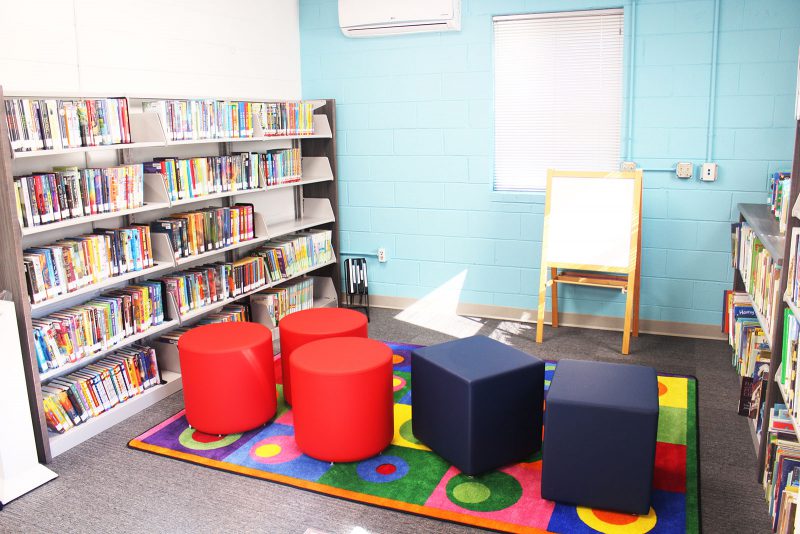 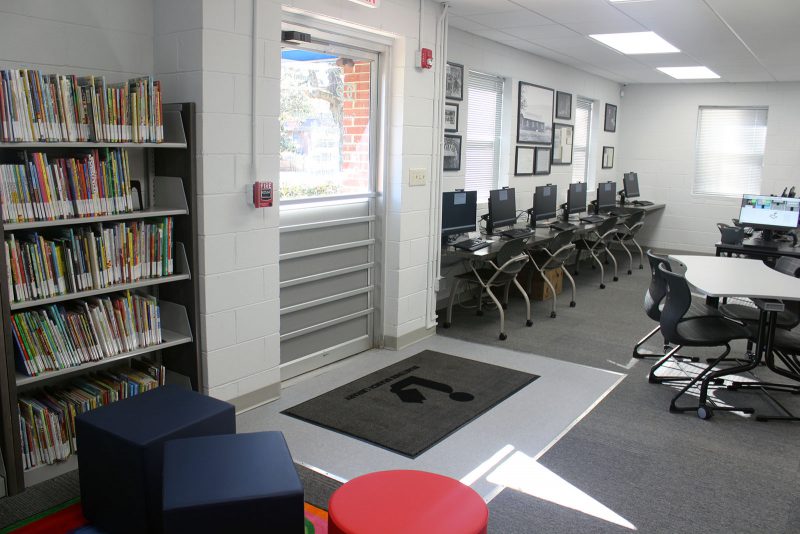 The library's main entrance from the parking lot on Ruth Street is now wheelchair accessible. There is also new flooring, LED lights, drop ceiling and heating/cooling units to enhance the space and improve energy efficiency, a renovated ADA compliant restroom, a new floorplan with a designated children’s area, and new modern furniture and shelving.

Bragtown Library was founded as a branch of the African American Stanford L. Warren Library to serve Northeast Durham. The dream of locating a library in the community became a reality because of the hard work of Bragtown community leaders and the Stanford L. Warren Library Board. In 1958, federal money was given for books to libraries that wanted to extend to rural populations. The Fence Row community was mentioned as an ideal location, and the “Little Library” opened in a room in the back of Mr. William Glenn’s Store located on Fence Row Road (now Dearborn Drive). During the fiscal year 1959–1960, the library saw a 95% increase in circulation and decided that they needed a permanent building. As the plans came together for the new facility, the steering committee raised funds by hosting fish fries and bake sales. Residents ultimately raised $2,700 dollars to pay for the land, and on July 21, 1961, the land at Ruth Street and Dearborn Drive was deeded to the Durham Colored Library. Bragtown Branch Library opened and was dedicated on March 11, 1962. In April of 1966, the Durham Colored Library merged with the Durham City-County Public Library, and Bragtown became part of the new Durham County Library system. In the 1970s, the Bragtown community would again rally, this time to protest the proposed closing of the branch amidst discussions about building a library branch in North Durham. Community members appeared before the County Commissioners and made the case that the library served as a central community center. The Commissioners agreed to keep the branch open. In 2020, Bragtown Branch reopened to the public after being closed for maintenance and renovation in 2018. The reopened library offers expanded hours, a new floorplan with a designated children’s area, and accessibility improvements including a wheelchair accessible main entrance and an ADA compliant restroom. Explaining the importance of Bragtown Library, a community member said, “This library is much needed in our community for so many reasons, for our young and old. It holds a very special place in my heart as well as other community residents. It was created during a time when Black people were not allowed in white libraries in Durham. Bragtown Library gave Black people a space to be able to enjoy books and learning and to go anywhere you wanted to go in the world through reading. Now, many families in this community are without home internet and computers, which are very important in today’s ways of living.” With books, computer access, and more, Bragtown Branch Library today keeps up its legacy of giving community members access to the imaginative world. Preservation Durham has identified Bragtown Library as a site of historical significance in Durham’s African American history. 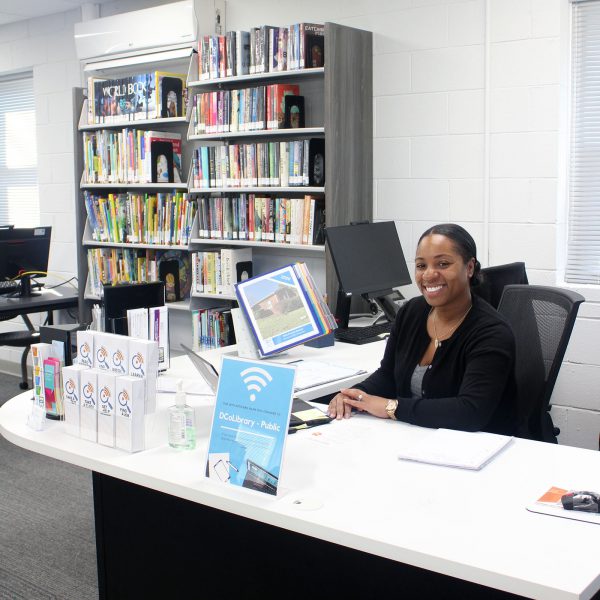 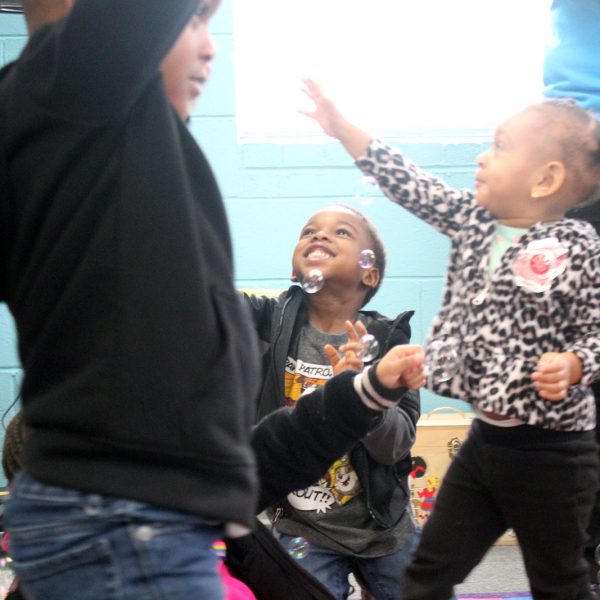 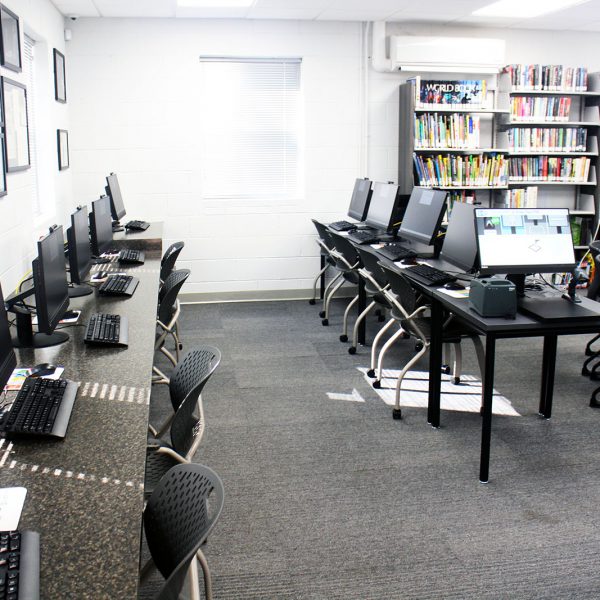 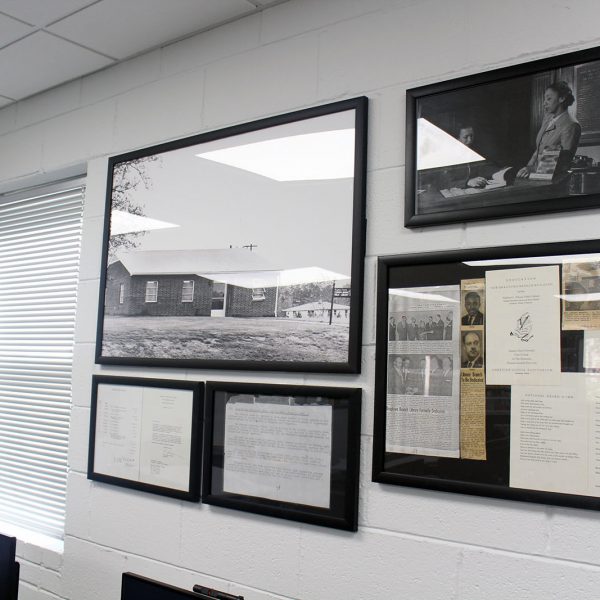 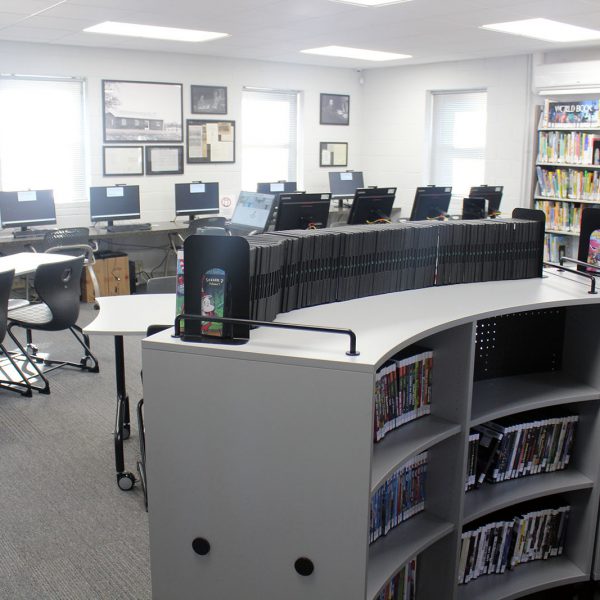 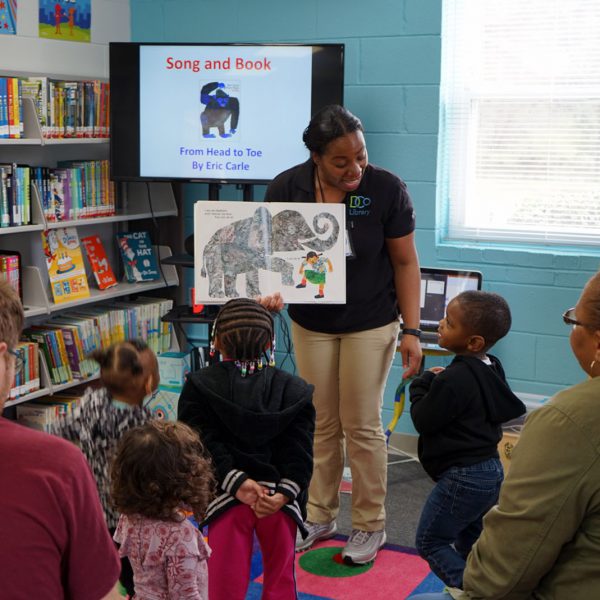 Storytime in the children's area