Skip to content
Public computers are down at North Regional Library.
All library locations and services will be closed Monday, 5/30, for Memorial Day.
Temporarily closed for repairs More info > 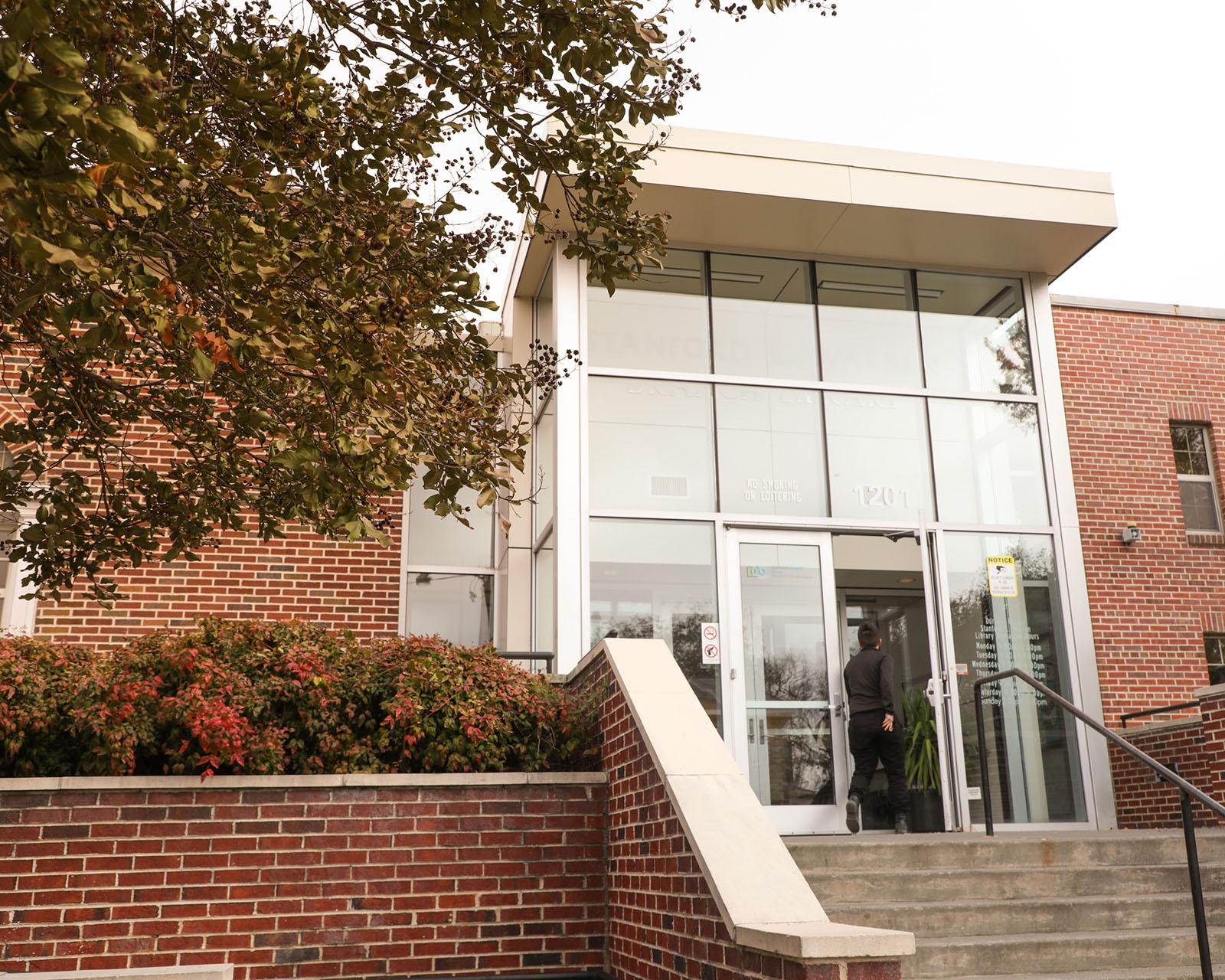 At the front of the building 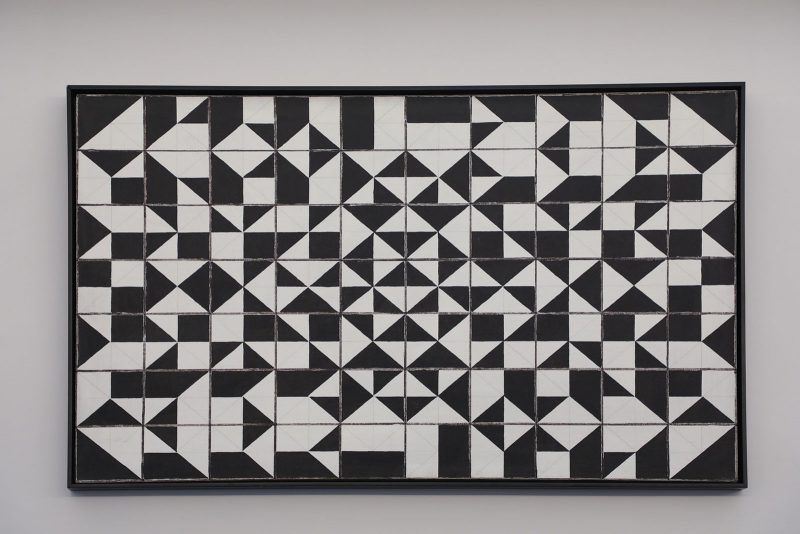 Curated by library staff, the collection seen throughout the building features modern and contemporary works that offer inspiration and enjoyment. 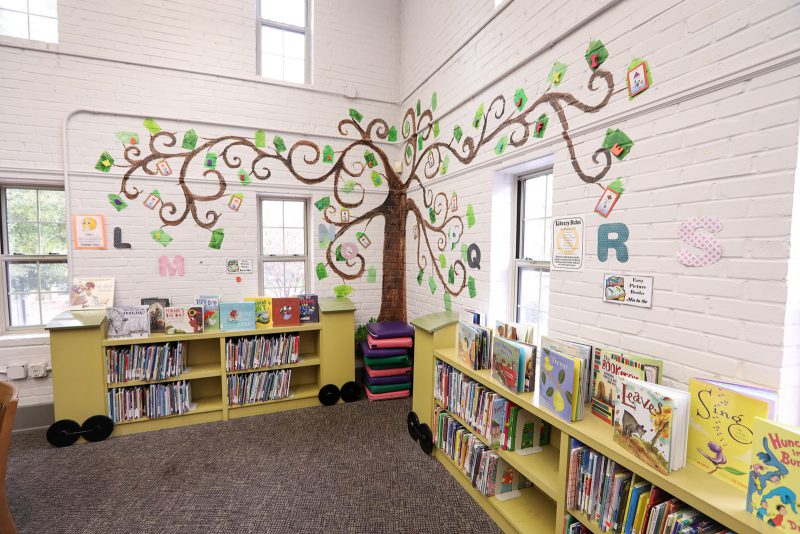 Stanford L. Warren Library became the new home of the historic Durham Colored Library on January 17, 1940. Only the second Black library in the state, the Durham Colored Library first opened to the public on August 14, 1916. The branch is named for Dr. Stanford L. Warren, who gave $4,000 during the Great Depression to secure the site for the new building. The annex was added in 1949-1950, and renovations occurred in 1968, 1984-1985, and 2004-2006. The library became part of the Durham County Library system when the Black and white library systems merged in 1966.

Stanford L. Warren is also the home of the Selena Warren Wheeler Collection, formerly known as the Negro Collection. The original 799 volumes with which Dr. Aaron Moore began the Durham Colored Library contained a number of books by and about African Americans and African-American culture. In 1942, Head Librarian Selena Wheeler, recognizing the uniqueness and importance of many of the African-American materials owned by the library, designated the Negro Collection as a special, non-circulating collection. It was renamed the Selena Warren Wheeler Collection in her honor in 1990. The Collection remains at the Stanford L. Warren Library for all to enjoy.

Stanford L. Warren has been an important community resource and a gathering place for civic and service organizations throughout its history, especially during the civil rights era.

More about the history of Stanford L. Warren

Larry received his M.L.S. from NCCU. He became a librarian because he enjoys research and being in the know of the emerging ways of learning new information. Larry offers programs that revolve around health, business, and emerging technology. His hobbies involve spending time with family, fitness, and research. 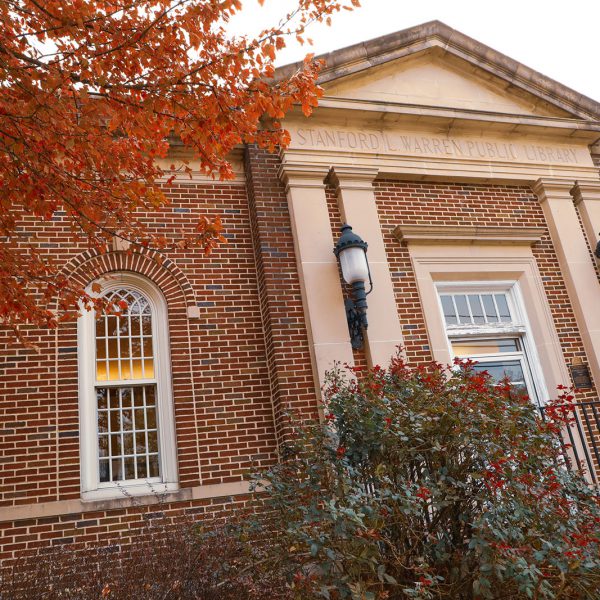 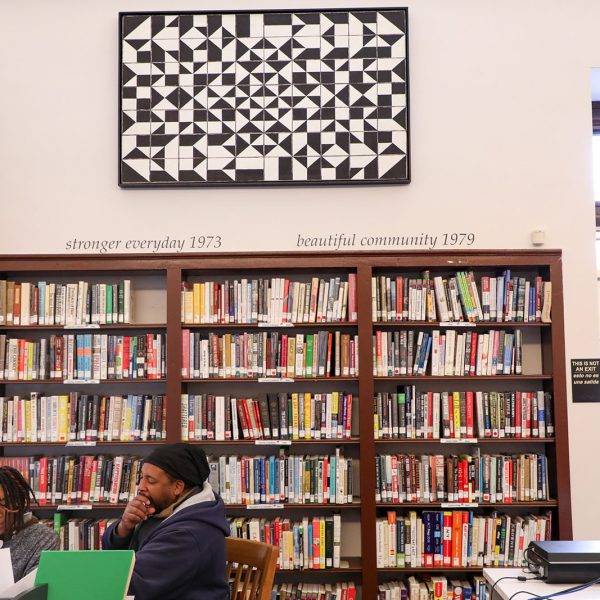 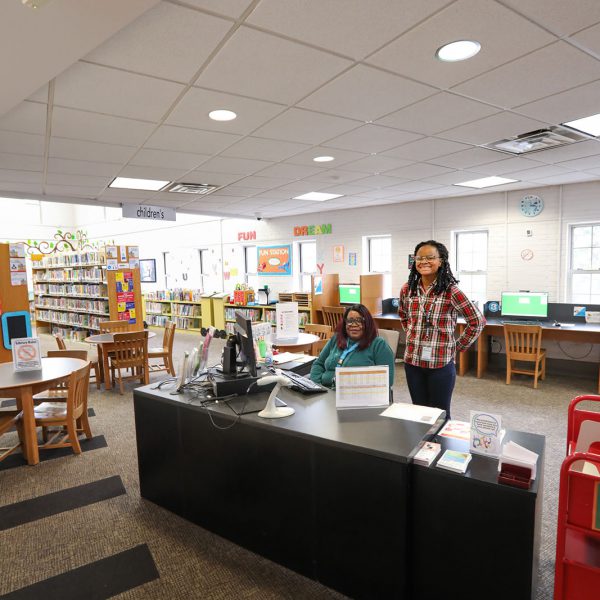 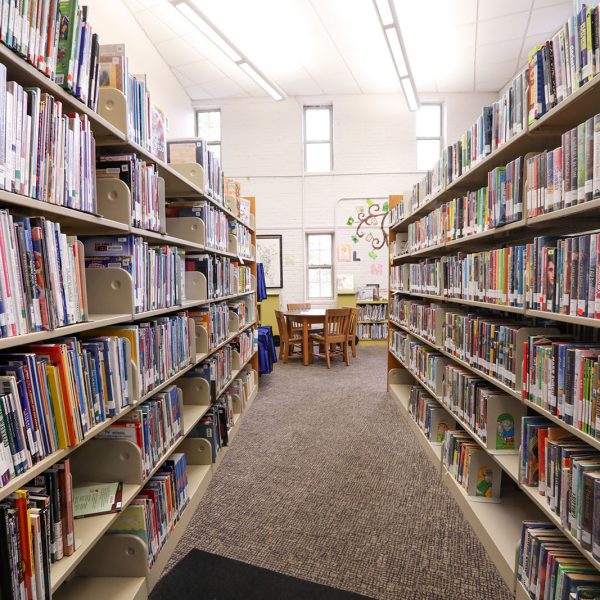 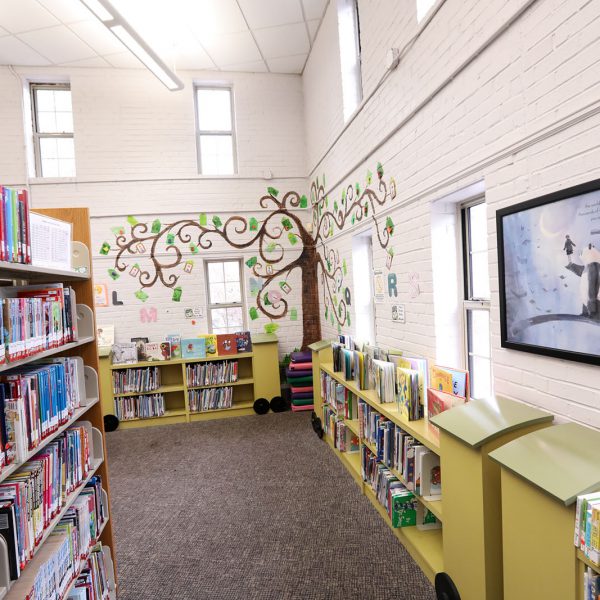 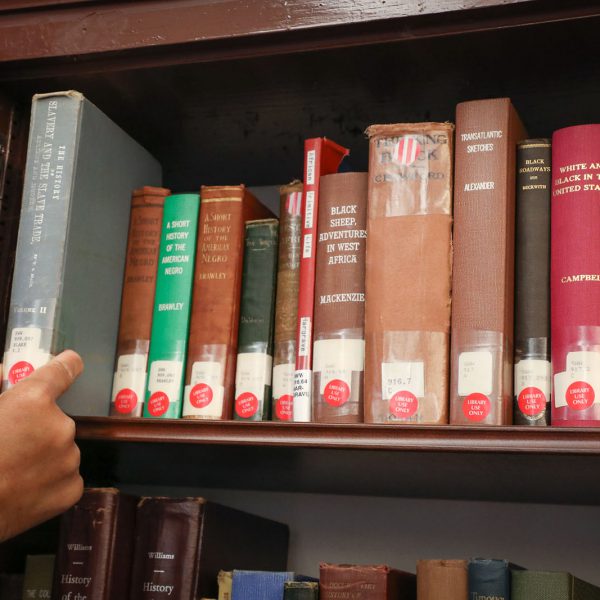 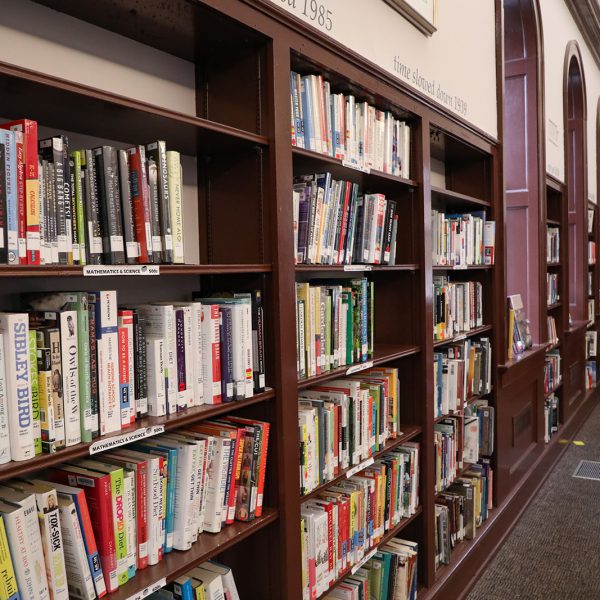 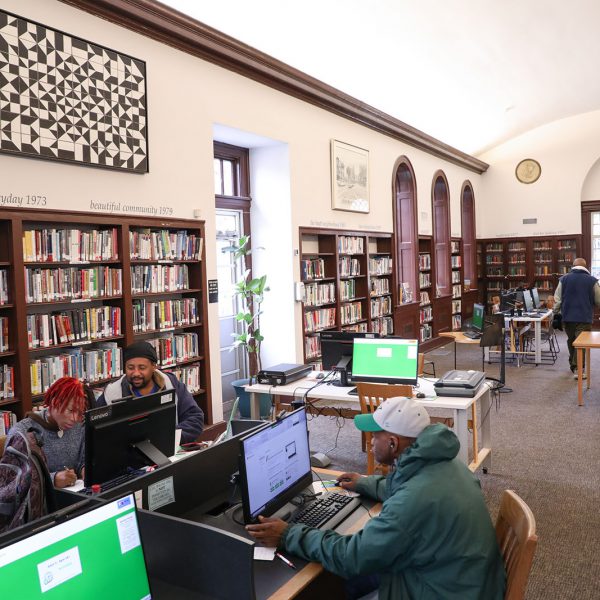 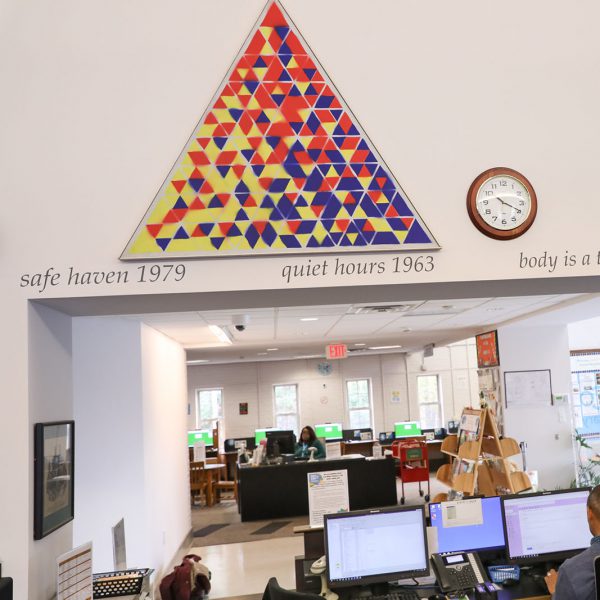 All the Possibilities of Four-Eighths II, by Vernon Pratt (1977 - sprayed, acrylic), hanging above the checkout desk 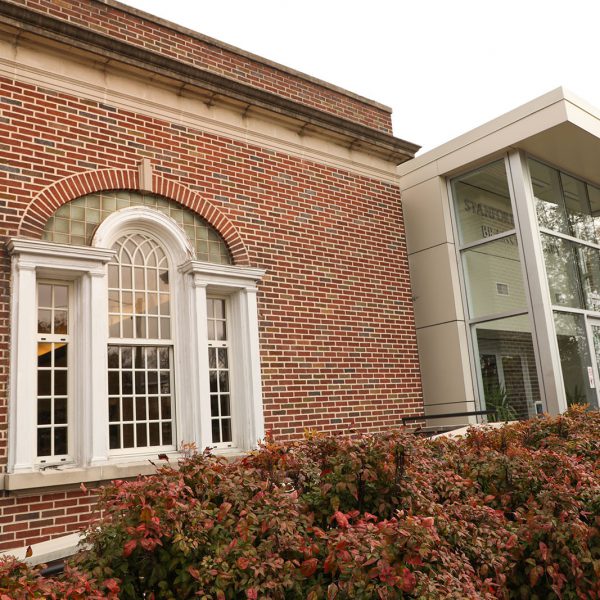 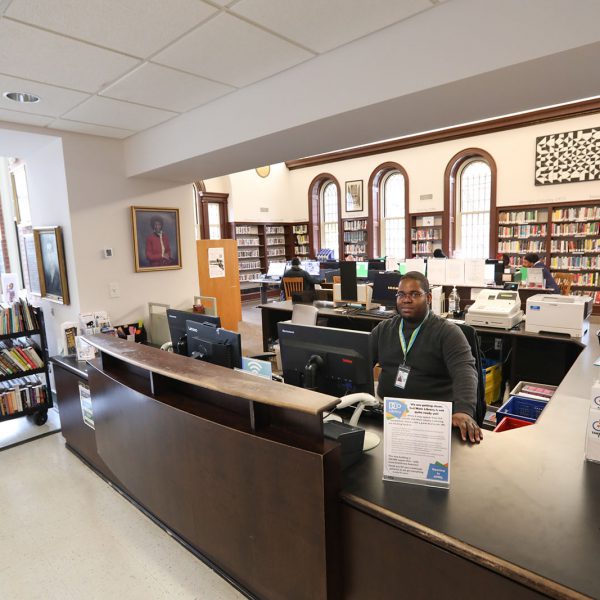 Library staff are ready to help at the checkout desk 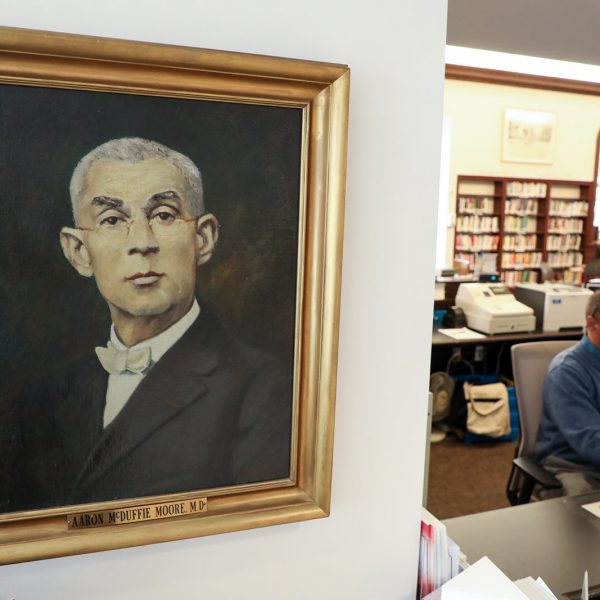 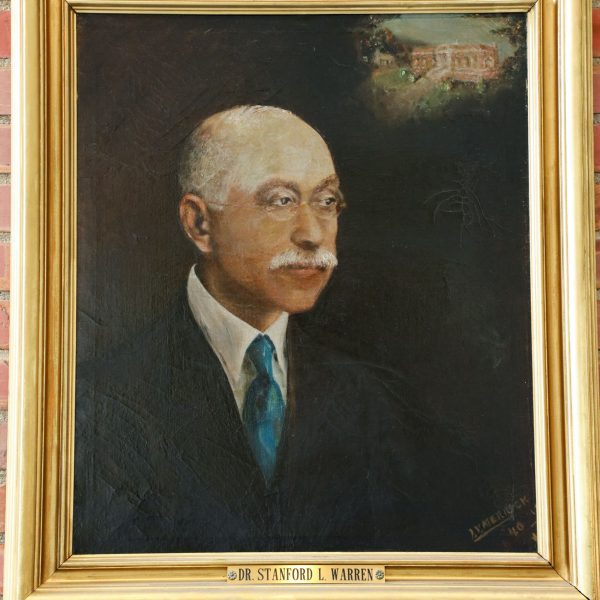 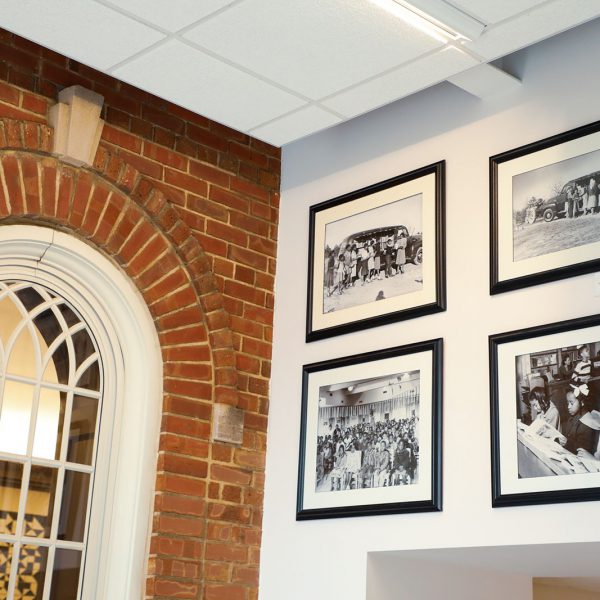 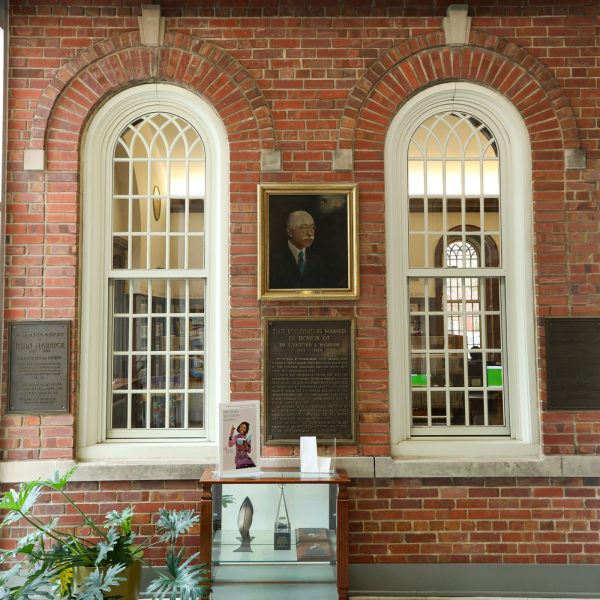 Portrait of Dr. Stanford L. Warren above a plaque dedicating the building to him 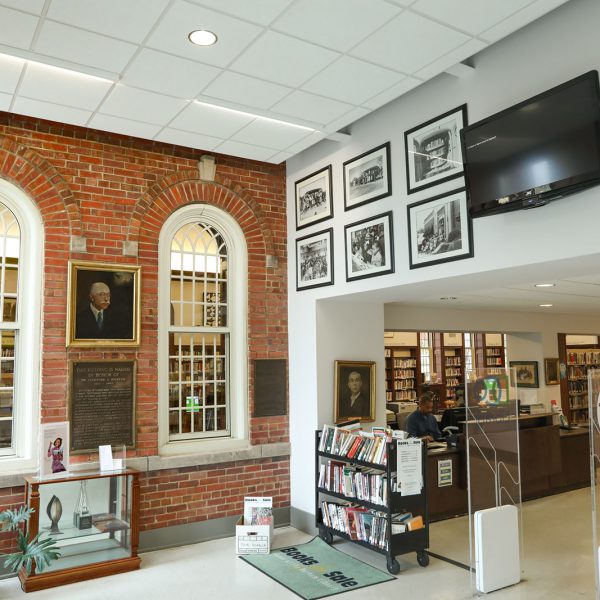 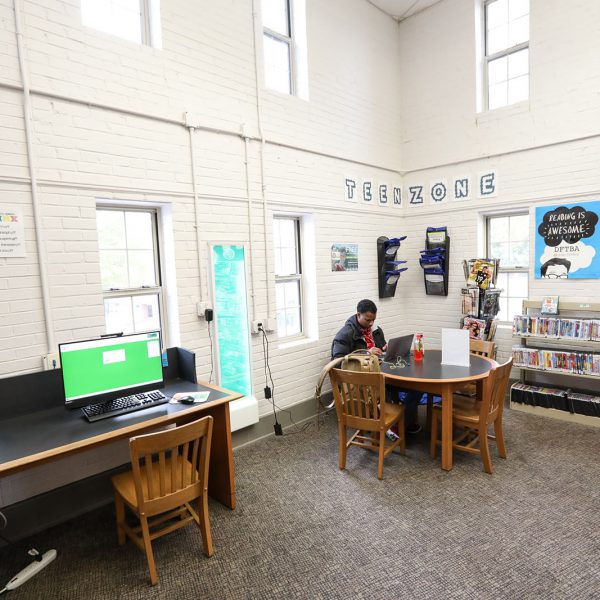